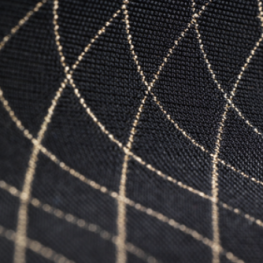 Wearables, initially stated as “wearable computing” can be considered as “the study or practice of inventing, designing, building, or using miniature body borne computational and sensory devices. Wearable computers may be worn under, over, or in clothing, or may also be themselves clothes” (Steve Mann, 2012)

Placed in between the digital and human world wearables have the potentialities to change the way we live and interact with each other’s thanks to the enhanced functionality of sensing, reacting, and/or adapting to stimuli in the environments to which they are exposed.

In the Context of DESTEX Project, the present OER aims at giving knowledge related to wearables that falls into the category of WEARABLE TEXTILE SYSTEMS, the ones designed and developed using Smart Textile.

3d printing on textiles: A novel process for functional and smart textiles

Branding aspects in the design process